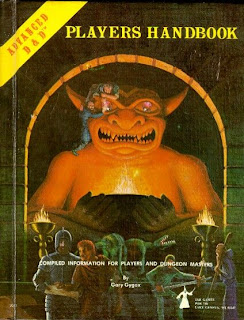 So I love me my B/X D&D but I started with AD&D (mix of 1st & 2nd, with whatever else was around thrown in) and I've got like a million AD&D adventures that I've never played, including some classics like the GDQ series and the Slavers series, and I know it's not even necessary to convert these adventures to use them with B/X but lately I've been feeling all those weird, esoteric, fiddly aspects of AD&D calling to me and I don't care what anybody says I love the goddam ranger. There I said it.

But there are things I don't like about AD&D, too, so I've also been thinking about using a streamlined version like OSRIC or maybe just using the AEC with LL and using the advanced hit dice cuz there's a lot about B/X I'd like to hang onto. Or I could just cherry-pick everything I like from wherever and homebrew the whole thing but that would be almost like work and I'm allergic to that.

Anyway I'm still really enjoying my current LL/BX campaign so that's where it's at for now. Just thinking out loud.
Posted by bevisiscariot at 8:16 PM